Next time you fly, spare a thought for the richest millionaires flying in ultra luxury aircraft. The world of first class plane travel is certainly a decadent one. If you’re seriously loaded, you could get a private jet. Here’s our top 10 ultra luxury airlines and jets only the richest people fly in.
Subscribe for more! ► http://bit.ly/BeAmazedSubscribe ◄
Stay updated ► http://bit.ly/BeAmazedFacebook https://twitter.com/BeAmazedVideos https://instagram.com/BeAmazedVideos ◄
For copyright queries or general inquiries please get in touch: beamazedvideos@gmail.com
Credit: https://pastebin.com/GTPnEzJF

Be Amazed at these Top 10 ultra luxury airlines and jets only the richest people fly in! Air France – When you think of France, you think of style, elegance, that ‘je ne sais quoi.’ Travel on Air France’s ultra-exclusive La Premiere service, and you get more je ne sais quoi that you’ll know what to do with. Cathay Pacific – Hong Kong’s national airline, Cathay Pacific go for quality over quantity, which is why their First Class cabins only have 6 seats. Qatar Airways – Named ‘Best Airline In The World’ by aviation magazine Skytrax in 2015, Qatar Airways’ First Class service has a reputation for luxury, and some amazing designer freebies. Emirates – Skytrax’s ‘Best Airline In The World’ for 2016 was Emirates, taking Qatar Airways’ crown, and you can see why. While most other airlines give you a seat, with First Class on Emirates you get your own private cabin. It has its own flat bed, with vanity table and fully-loaded minibar.

Etihad – If you’ve ever wanted to travel in your own private plane cabin which is probably bigger than your house, then The Residence from Etihad Airways is the choice for you. Singapore Airlines – Singapore Airlines ‘Suites ’ class also offer travellers their own private space, with extra wide seat, big TV and more. But what if you’re travelling with your partner? Well, you can retract your privacy wall, and fold out your two seats to make a big double bed. Private Jets – Once you’ve decided even your own private apartment on an airline isn’t luxurious enough for you, it’s time to start looking at private jets. The Big Bunny – Probably the real-life equivalent of Austin Powers’ plane, The Big Bunny belonged to Playboy Founder, Hugh Hefner. Bought in the late 1960s, The Big Bunny was a modified DC-9. Boeing 747-430 owned by Sultan of Brunei – He’s worth $40 billion, so you won’t see the Sultan of Brunei flying economy class. Ever. Why would he need to anyway? He has this bad boy. Airbus A380 – The Airbus A380 is the largest and best-known commercial airliner in the world. It can hold around 850 passengers.

Self belt On-seam side pockets 39.5 inch Shawl-collar robe 39.5 inch (as of November 26, 2020 - More infoProduct prices and availability are accurate as of the date/time indicated and are subject to change. Any price and availability information displayed on [relevant Amazon Site(s), as applicable] at the time of purchase will apply to the purchase of this product.) 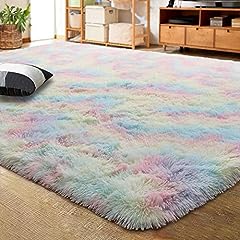 Extra Soft Rainbow Rug: Our rainbow rug is incredibly soft and features a top layer of fluffy material with sponge interlayer, which is softer and more luxurious underfoot. Its comfy fabric is very family-friendly and ideal for indoor use in the bedr... (as of November 26, 2020 - More infoProduct prices and availability are accurate as of the date/time indicated and are subject to change. Any price and availability information displayed on [relevant Amazon Site(s), as applicable] at the time of purchase will apply to the purchase of this product.) 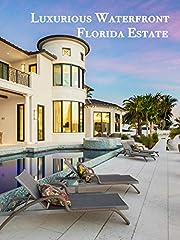 (as of November 26, 2020 - More infoProduct prices and availability are accurate as of the date/time indicated and are subject to change. Any price and availability information displayed on [relevant Amazon Site(s), as applicable] at the time of purchase will apply to the purchase of this product.)

(as of November 26, 2020 - More infoProduct prices and availability are accurate as of the date/time indicated and are subject to change. Any price and availability information displayed on [relevant Amazon Site(s), as applicable] at the time of purchase will apply to the purchase of this product.)

So much fun I love it

i have a CJ 4 airplane

The qatar airways isnt good because it looks like it was made in 2013 mostly everything is destroyed inside it
Edit: just realized that he is talking about the first class seats

Wait. I am not rich but I will fly on Etihad Airways tomorrow.

I wish I could afford that!!

I’m gonna be honest…..you sound creepy, and btw if I had a jet and a fancy house I would let all the broke people ride and stay over……unless their stalkers or creeps

Ho is on uae i never tried that

I love to fly someday

$28,000 for a round trip. Shit. People dying from famine every day. But no, let’s let them starve…because spoiled rich assholes need their fucking first class seats.

You can ride my jet for free…

Proof some people have too much money!

I have a private jet

I have been in the emirates plane – the cabinet was amazing

I own a private jet.

I agree, Emirates is probably one of the best airlines I’ve ever traveled on. I could make a single complaint about it, even though I was pretty broke after the airline. I would definitely recommend Emirates to anyone who needs luxury.

i in hong kong and is going in first class

even middle class people can afford in some cases,not only the RICH

Great . Jussst great .
And i am trying to survive from god damn scratches.
Rich bitch .

A swimming pool and seats that fold into bed’s

I’ve flew in Emirates but the ecomnomy…

I didn’t know this about Singapore Airlines even though I take it almost every year. Yes I’m a Singaporean

I’ve been on airfrance

5:18 anyone see the smiley face on the top left?