United airlines economy class long haul on a Boeing 777-200ER
Come and fly with me as I take flight with United Airlines in Economy Class from London to Los Angeles.

United Airlines Long Haul Economy review
United airlines economy class is an OK product for the distance and they serve you enough food to get by, though not the best food out there. Since flying this route United have changed the aircraft to a Boeing 787.

My seat was an economy plus seat which united offer for a fee or to elite status passengers. It provided me with some more legroom which was nice, but that is the only extra service. 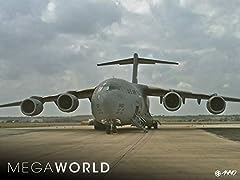 (as of January 17, 2020 - More infoProduct prices and availability are accurate as of the date/time indicated and are subject to change. Any price and availability information displayed on [relevant Amazon Site(s), as applicable] at the time of purchase will apply to the purchase of this product.)

“The most credible and frightening of all the vampire books of the past decade.”—San Francisco Chronicle“Bram Stoker meets Stephen King meets Michael Crichton. It just doesn’t get much better than this.”—Nelson DeMilleThe stunning New York Ti... (as of January 19, 2020 - More infoProduct prices and availability are accurate as of the date/time indicated and are subject to change. Any price and availability information displayed on [relevant Amazon Site(s), as applicable] at the time of purchase will apply to the purchase of this product.) 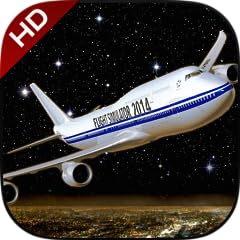 (as of January 19, 2020 - More infoProduct prices and availability are accurate as of the date/time indicated and are subject to change. Any price and availability information displayed on [relevant Amazon Site(s), as applicable] at the time of purchase will apply to the purchase of this product.) 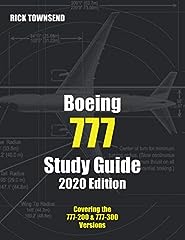 This Boeing 777 Study Guide, 2018 Edition, is a compilation of notes taken primarily from flight manuals, but also includes elements taken from class notes, computer-based training, and operational experience. It is intended for use by initia... (as of January 19, 2020 - More infoProduct prices and availability are accurate as of the date/time indicated and are subject to change. Any price and availability information displayed on [relevant Amazon Site(s), as applicable] at the time of purchase will apply to the purchase of this product.)

Author: When I Travel The World

thx for this review. brings back some good memories of united. that meal looks pretty bad though to be honest 😉 loved the ATC during the landing thats one amazing feature to your videos! thx for sharing!

Great view from the sky man

Not to dull, so expect a good service

2:30 the British 777 was the one that had the engine burn out as Las and you can see that from the engine

Liked this one 🙂 Cheers

United fly 787-9s between London and LAX. They’ve got the new Polaris Seating.

Lucky you had an entire row to yourself! That kind of situation makes an economy seat so much better, and quite comfortable on long flights like this. How did you manage to get an amenity kit and ice cream sundae though?? 🙂 Awesome video!

Another masterpiece WITTW! Thanks for sharing 🙂
Man that is an empty flight! Although the premium cabins look alright.
As you pointed out correctly the early flight time might be a factor. Although I have seen this flight much busier! I guess with AA/BA & VS on the route a couple times a day isn’t helping either!
Getting the amenity kit from the crew is a nice touch! Was it because of your status?
The food doesn’t really appeal. What was the first meal actually? Couldn’t quite figure out what it is. And the snack was just some bread?

After travelling with BA the past couple of times to America, I feel far more inclined to go with one of the American airlines in the future.

Once again, I am amazed at UA food service, they sure did not learn much from Continental…thanks for your video.

I flew this flight in 2001 to get married in Hawaii, Stop over in Los Angeles. I and my wife remember United made us feel so welcome they give us free champagne. In 2001 I think I remember the out going flight out of terminal 3, Now it is 2. I and my wife Nikki are still happily married. We now have two beautiful daughters aged 11 and 14. United is a great airline!

Your videos are absolutely brilliant! Do you travel for work or just a holiday, and if it’s for work, what’s your job? Great video mate

Great TR James…who needs business anyway when the plane is this empty. I once had the middle 4 seats back in like 1989 with BA…no PTVs back then and the last few rows of BAs 747s were for smokers…funny enough it was a return flight back from LAX.

Great video! Thank you for sharing.

The screen is about the size of a postage stamp!Truly dreadful dated interiors really bad

United Airlines eco class should be given the prestigious and award winning  name “Diet Class”. I mean when I see all of these overweighted people in the U.S.
That eco is just the perfect way to travel for them….they can do something good to their health so choose the “friendly skies”…….o.m.g.
thank you for this video though…..

Great video! Only 1 niggle shame it was not longer than 14 min.

Great video. It’s been a long time since I flew for the last time. Nothing is free on the planes nowadays, is it? I remember last time I flew United ORD/GRU and I was given JW Black Label and had wine with my meal – in the economy class! I got a little sad about that! Thanks for uploading!

United, a good airline pick one

How often are people upgraded when the higher classes are empty or have very few passengers?

Good when there is an empty row to sleep on.

What a greaser of a landing 😀 . The ATC was a nice touch