Norwegian Premium Cabin 787-9 flight review with Tom Otley, Editor of Business Traveller magazine. This review is of the Norwegian Premium Economy service from London Gatwick to New York. In the video Tom looks at all aspects of the Norwegian Premium Cabin product, from the Norwegian Premium Economy seats to the meals and cabin service. Norwegian Premium is the Norwegian business class product. There is no Norwegian Business Class cabin, only economy and Premium Economy.
Read the full review here:
https://www.businesstraveller.com/tried-and-tested/flight-review-norwegian-b787-9-premium/
Video transcript:
– – [Tom] Well, here we are for our Flight Check of Norwegian Premium Cabin from London Gatwick to New York. This is on the new 787-9 from Norwegian, that’s been reconfigured. It’s a beautiful sunny after a lot of rain earlier on, now just getting ready to get onto the aircraft, and have a tour of it. There’s the distinctive tail finns that Norwegian puts on all it’s aircraft, short haul and long haul. There’s a shot of just how beautiful this aircraft is. Can’t wait to get on board for this eight hour flight, but first of all, let’s have a look at the cabin. This is Economy on the new Norwegian 787-9s, the ones with the extra number of business class, I’m sorry, Premium seats. So these are the two economy cabins. This is the new Premium cabin of the 787-9 from Norwegian. It’s what they call Heavy Premium, which means it’s got more Premium seats than was previously the case on the 787-9 Dreamliner. This one has 56 seats in total, in a two three two configuration, which is A-C, D-E-F in the center, and G-J on the sides. That runs from row one to row eight at the back there, it’s just one cabin of Premium, and then you have two cabins of Economy further back. The seat pitch, that’s the space between the seats, has been reduced, so it now is 43 inches as opposed to 46 inches, so you are getting slightly less room than you did before, but there’s more seats in the cabin. And the reason for Norwegian adding more Premium seats is they’re doing better at selling them, than they thought they would there, they want to go after, I think, business travelers. And business travelers want more frequency on a route. So, as well as adding frequencies to certain routes, they’ve just added a third frequency to this Gatwick-New York route that starts in October. You’re also adding more Premium seats, which is why you’ve got a larger cabin here. – And out, which is good to lean in, you know, then you’ve got this switch, pushes all the way back to here, lock here, and then the foot rest comes out, like so, and then you can push that down, and there’s a little button, which is here, so, it’s a bit stiff, you need to, – [Tom] Yeah, but you push it down and then, – Yeah so you push it down and it goes all the way out like that, so you’ve got a bit more of a fuller, – [Tom] And what’s it like when this seat’s reclined as well? Do you think there’s enough room, or? – I’d say it’s a little bit pushed, but, it’s not impossible, obviously it would work better if they were all flat at the same time. – [Tom] Yeah. Do you do anything about stopping people, like doing that if I’m having a meal or do you just let them go? – Generally, if it was meal time, yeah, I would make sure that, I think most people especially on a day flight, are awake for the meal service anyway, so they would be sat upwards. – [Tom] Yeah. – So it’s not very practical to eat like that. – [Tom] Yeah. – And then obviously, you’ve got a screen, which comes out, like that, and the tray table, which you then adjust, and come over. So right, I think it’s quite easy to navigate your way around, and then obviously on the screen, I can’t show you right now, but when it comes on properly later, you’ve got the, you can do the lighting, and everything from that, and then your call button, and you’ve also got it on the seat itself. – [Tom] Well, thank you. These are the headphones. – [Announcer] Ladies and gentlemen, please sit back, and we’ll tell you everything you need to know about the service on this Boeing 787 Dreamliner. – [Stewardess] So we have three meal options for you today. We have lamb rump in a rosemary jus, with roast potatoes, grilled asparagus, and a mint pea puree. We have fried hake, so white fish, in a ver blanc sauce, which is sort of a buttery, vinaigrette sauce, with peppered cabbage, tomatoes and wild rice. Or we have roast chicken breast with potato gratin, grilled spring onions and a smoked red pepper sauce. Yeah, of course. And in the box we have a kale slaw salad and a chocolate dessert. – [Tom] So we’re about an hour away from landing in New York. I haven’t been able to shoot that much video while on the flight because the flight is busy, and obviously, you don’t want to be filming other passengers, but generally, the flight has been very, very good. Nice and smooth, seat belt signs on a few times, good………… 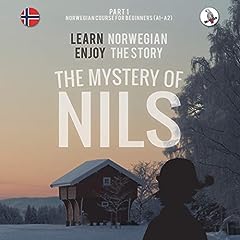 (164)
(as of September 20, 2020 - More infoProduct prices and availability are accurate as of the date/time indicated and are subject to change. Any price and availability information displayed on [relevant Amazon Site(s), as applicable] at the time of purchase will apply to the purchase of this product.) 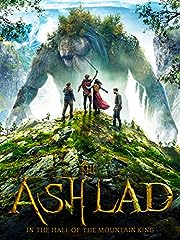 
The Ash Lad: In the Hall of the Mountain King

(as of September 20, 2020 - More infoProduct prices and availability are accurate as of the date/time indicated and are subject to change. Any price and availability information displayed on [relevant Amazon Site(s), as applicable] at the time of purchase will apply to the purchase of this product.)

Hands feel soft and smooth after just one application. Long-lasting Glycerin-rich Concentrated Available in Original and Fragrance-free (as of September 20, 2020 - More infoProduct prices and availability are accurate as of the date/time indicated and are subject to change. Any price and availability information displayed on [relevant Amazon Site(s), as applicable] at the time of purchase will apply to the purchase of this product.) 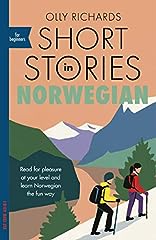 
Short Stories in Norwegian for Beginners (Teach Yourself)

(52)
(as of September 20, 2020 - More infoProduct prices and availability are accurate as of the date/time indicated and are subject to change. Any price and availability information displayed on [relevant Amazon Site(s), as applicable] at the time of purchase will apply to the purchase of this product.)

Hi, dunno why 11 neg feedbacks, I found exactly what I was looking for on your vid and only your vid’. Most vids, if not all show only 5 rows of premium seats, but if you make a booking now, the seat plan shows 8 rows, so I have searched to find a vid of the new config and yours shows new config in great detail, Many thanks

Nice video, but that recline looks to much for comfort to be honest. Just the thought of someone in front of you reclining fully..

Great review Tom. How do you do all that travel? Norwegian Premium looks like great value.

Seems a pretty good budget option, we were thinking of trying them next time. BA seem to be downgrading their business class standard and aren’t particular good at the budget end. We usually fly Virgin although their planes are a bit tired.

Thank you for showing how much room you get when the person in front of you reclines! That is exactly what I was interested in.

The customer service which they provide through their Norwegian phone number 1-888-324-1990 is top class. they helped you in booking process, cancellation process or anything related to booking.

Hi Tom, Im about to book Norwegian Premium seats. Can you confirm if Row 8 (last row) reclines as far back as the others. Also Row 1 – is there as much leg room as the seats behind and are the toilets a bother for this row?

Never Norwegian for me

2:22 Love the girl, the nice and friendly way she explains! Congrats Norwegian for the Great Staff you got onboard on your flights!! Norwegian might be a low cost but you never feel you’re flying a low cost carrier! Hope they Keep Doing Great! Nice video!! 😉

Norwegian Airlines Reservations gives you great value offer every. so plan for a holiday with us and make a cal on 1-844-313-4734

To get these premium business class booking here its gives you best to chose the best offers to reserve your seat its flights are providing best seating arrangement and its services to get this all easily by visit this official website-https://www.reservationsdeal.com/flights/norwegian-airlines-business-class-seats-dy

I flew Norwegian last month to London.. I may never fly long haul with Delta again.. I flew in the premium cabin.. Everything was perfect as far as I am concerned and I am on the road 1/2 the year

I did get kind of a claustrophobic feel when looking at that seat when the seat in front of it was reclined aswell… I’m a big guy, and all I could think was that if I needed to get out of that seat at that point, I wouldn’t make it.

Great value, not the best but really good. And another great vlog. I could watch the FA position the footrest any day.

Flew this route premium the other year. It is a good product, I paid around £550 for none flex ticket. Plus you get your points. IM not sure when these cabin changes took place but I remember it having less seats. I enjoyed the flight, good food drinks etc although seat pitch is less than on some other PE offerings. I may use them again this year its just Gatwick for me which is Norwegians hub in the UK is a Pain in the ass to get to. Think the lowest price you can get for LON = JFK is around £499. And good video thanks 🙂

Are alcoholic drinks included and free of charge? I will be flying premium class cph->bkk

I will be flying in Premium Economy from Gatwick to New York on the 6am, flight. The cabin is empty as in November, where is the best seat to be in on the Premium Economy cabin in your opinion please?

Is this the same as their “business class”?

flying premium Austin to London – 2 days. wish me luck…. is alcohol unlimited? I need to knock myself out lol

Never been on Norwegian, but if I were to fly, I would book another seat behind me so I can recline freely.

Flying this class on Norwegian is a good value westbound, not so eastbound. It is impossible to get out of a no-aisle seat without asking the aisle seated fellow traveler to wake up and get out of his/her seat. That makes this class economy with slightly wider seats. In summary, daytime flying can be tolerated, not nighttime.

I can’t say I would rush to a no frills airline long haul, short haul is bad enough.

Excellent review. Obviously, this is not business class, but really a high end premium economy. No escape from reclining seat hell.

I think if I could, I would prefer BA since they have a better service ( bed is fullsize moveable) and as business man it is important coming to a meeting relaxed.

for a relatively quick hop across the Atlantic this makes great sense. I’ve flown their economy a few times and enjoy the product