New Malaysia Airlines A350, selecting the best seat in Business Class with Tom Otley, Editor of Business Traveller magazine. January 2018.
Video transcript:
– – [Tom] What’s interesting with these seats is that on this right-hand side of the aircraft, looking here you’ve got row six, which is two seats, but then row five is the seat to have. That’s five K, because that is like a throne seat where it’s just you and you’ve got space on either side. Then go forward, you’ve got four, and then in front, row three and that’s another throne seat, although potentially you might get disturbed by galley noise. This is the front cabin of business class, viewed from the rear. And here again you can see the differences between the seats, particularly these center seats. And there’s another view of the one-two-one configuration in this second cabin with premium economy behind. You can see here you’ve got everything that you would need to control the seat. There’s an upright and a relax preset position along with sleep, but also cushion firmness, lumbar supports, leg rests, mood lights, and massage. Just in the corner there, I don’t know if you can see that, that’s where the headphones go, and then above is where you get your reading light and there’s a bit of stowage there for a water bottle. The headphones are kept in this compartment here, and there’s a mirror on that one as well. Once you go through the galley, there’s actually a second cabin of business class, and again it’s the same layout of one-two-one on this side so that’s row nine to begin with, then two seats in row 10 and one seat in row 11. And then again, almost shows it more clearly here, you’ve got two-two-two in the middle, and then over on the far side they’re one-one-one. So the configuration’s really one-two-one, and then two-two-one and one-two-one in the back. The rear cabin of the two cabins. You see these center seats have very little storage compared to the side seats so the guys here in the middle seats, when there are two of them, they’re sharing that side table while if you look over there the one passenger has got a larger table all to themselves. And the same applies here. Two passengers sharing that middle table, and then that lucky passenger over there kept away from the aisle and has a decent table. That’s his or her side. You can see here that the two passengers in the middle are having to share one table, but then also have that side table in the case of the passenger just over there. So if you had a choice between the two seats, you’d definitely go for the one that’s slightly further away. The same applies here, but of course the person with the extra room is on this side. But what’s interesting is this final seat here, they’re both sharing and they have no side table, neither of them, they’re both equally unlucky. So a row to avoid in business class would definitely be these two center seats in row 11. 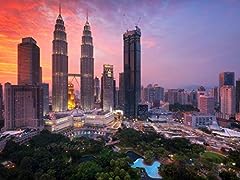 (as of September 14, 2020 - More infoProduct prices and availability are accurate as of the date/time indicated and are subject to change. Any price and availability information displayed on [relevant Amazon Site(s), as applicable] at the time of purchase will apply to the purchase of this product.) 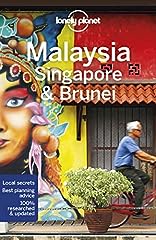 (as of September 14, 2020 - More infoProduct prices and availability are accurate as of the date/time indicated and are subject to change. Any price and availability information displayed on [relevant Amazon Site(s), as applicable] at the time of purchase will apply to the purchase of this product.)

Dk Pub (as of September 14, 2020 - More infoProduct prices and availability are accurate as of the date/time indicated and are subject to change. Any price and availability information displayed on [relevant Amazon Site(s), as applicable] at the time of purchase will apply to the purchase of this product.) 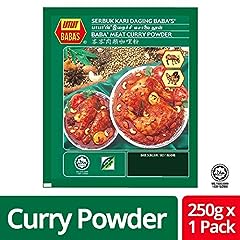 Past 39 years, the BABA'S brand has been synonymous with premium spices, true vegetarian curry powder, flour and premixes This curry powder has the influence of Indian and Malaysian cooking style Malaysia Best Brand Hot & Spicy Meat Curry Powder Suit... (as of September 14, 2020 - More infoProduct prices and availability are accurate as of the date/time indicated and are subject to change. Any price and availability information displayed on [relevant Amazon Site(s), as applicable] at the time of purchase will apply to the purchase of this product.)

Budget business class. What MH needs is a full out business class product priced competitively if they want to go back to where they were before. They really should have gone for a wider 1-2-1 throughout and scrap the throne seats, or go for a reverse herringbone like finnair A350s – narrow but more privacy, more fancy looking product.

Don’t give them any a350s they’ll end up losing them.

An excellent layout would have made every seat number premium choice. Unlike competitors offering 1-2-1 layout for optimum space and luxury, MH compacted the cabin by squeezing in 1-2-2 combination and adding additional row of business class seats. Should downgrade the 2-2 layout to premium class. Do not choose the (sardine) 2 seat layout by the window. You will face challenges to move in and out from the window seat. Enjoy your flight.

I wish Malaysia Airlines all the best, but I am not too sure about this configuration/layout and idea. It seems to be in-consistent as regards to comfort, privacy and storage space. I hope it is better than it first appears. interesting !

Not sure how to support Malaysia Airlines with these kind of product. The design is so dull and basic.

Such poor design with so much variation in space and privacy in a premium cabin.

Sorry but the design is terrible. They should look at other airlines before making this decision.

Support Malaysia Airlines and have a great journey. TERIMA KASIH

2k throne seat is it the best then since infront of u , u have no one but a box. Is it right there for the leg space?

Travelling BC with thw wife soon. What would your choice be if sitting togwther as a couple?

One of the worst thought out business configuration I’ve ever seen. The designer must have never flown Business Class before.

when a company run by race based people.. thats what you get

Seems that MH made same terrible mistake in the cabin configuration. Instead of the 1-2-1 configuration as on the 777, they still stick on this 1-2-2 configuration where the use of their throne seats results in narrow space flatbed, which create kind of “coffin” effect as you can’t even put your arms next to your body….Experienced this twice on the A330.
EVA air, China airlines and other airlines luckily obtain their 1-2-1 configuration.